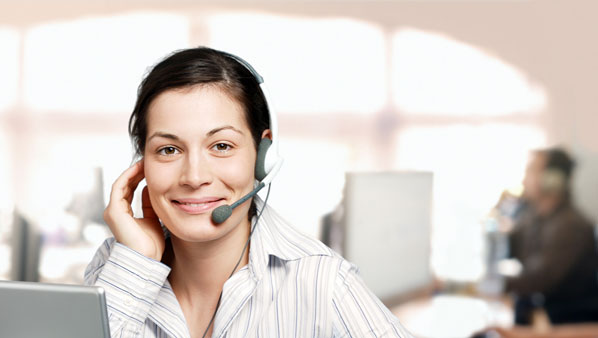 Nuance Dragon software offers speech recognition technology that converts the spoken word into written text. Coming in multiple versions with different feature sets, Dragon is for anyone who finds that typing out long strings of words is inconvenient or impossible.

Below, I will review Dragon Home, Professional and Legal to enlighten you about the pros and cons of Nuance’s speech recognition suite. I will also discuss a few higher-end products, e.g. Dragon Anywhere, which places some of its functionality in the cloud. Finally, I will give you a general recommendation to put things into context. 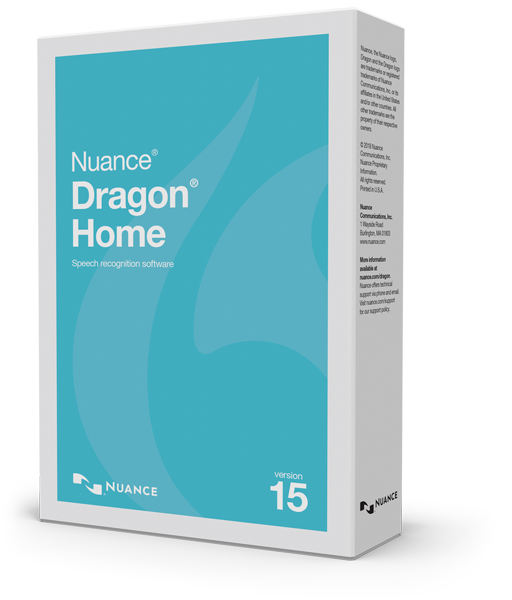 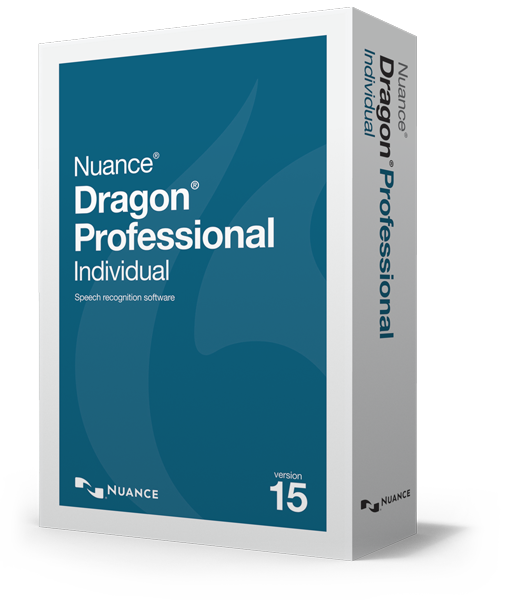 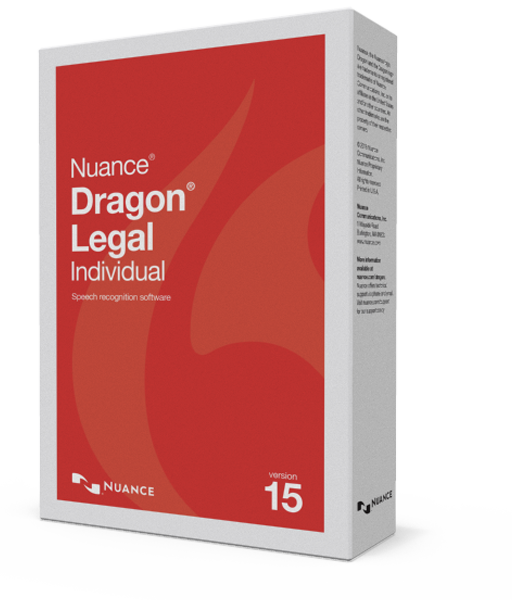 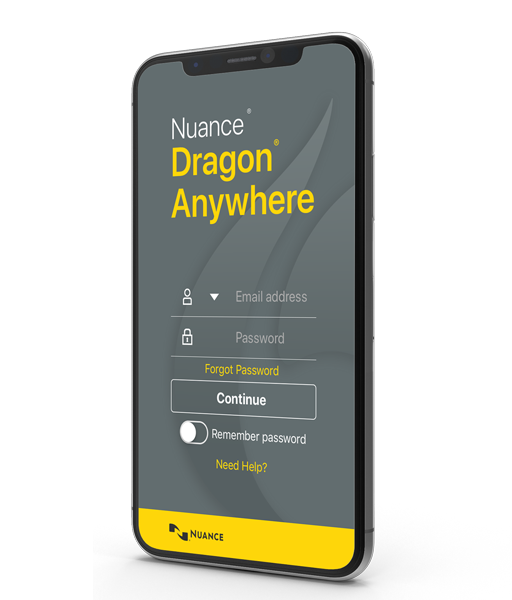 Dragon Home boasts a robust feature-set for a “basic” product. It comes with all of the features I’ve described above while coming in at a $150.00 price point.

Nuance emphasizes Dragon’s ability to translate speech-to-text up to three times faster than typing. This capability is borne out by the experiences of users all over.

People report being able to speak at a natural cadence. As long as their hardware was powerful enough, Dragon Home had no issue keeping up with their voice.

Playback feature – This is an exciting addition and one that is unique to the Dragon software. It does what it sounds like: it plays back entered text. What’s interesting is that it does so in your voice. It’s a handy function to have, as one’s voice is infinitely easier to understand than a robotic and generic one. Although it can be eerie at times to hear your voice, with subtle modifications, played back at you.

Resources – Keep in mind, real-time speech-to-text recognition and translation are bound to be resource-intensive. Especially when paired with their machine learning functions, users should prepare for that reality. Unless you have a powerful machine, avoid running it, even Dragon Home, alongside other beefy software.

Commands – Dragon software provides extensive command functionality for selecting the text, fixing mistakes, moving in lists, searching or copying and pasting information. However, it is good to know the limitations here. While it can be convenient to be able to launch and instruct applications with just your voice, one must be careful not to leave the functionality on when not needed. For example, you don’t want your conversation to unintentionally become the content of your next Twitter post.

Practice commands – It can also be a clumsy tool until one has the hang of it. Individual commands must be voiced in the correct manner and sequence for them to operate. Once one is familiar with the feature though, it can significantly increase the ease with which one interacts with a PC or Mac. Cheat sheets are available.

Verdict – Dragon Home has much improved over the course of the years, and it does what it is meant to do: reliable voice communication. It is suitable for those who want to use a voice-based approach to web browsing and search, shopping, writing or social media. As discussed it is also resource-intensive and requires some type of training that is available online. Those who need more business features should, however, consider one of the professional editions which I review below.

Dragon Professional contains the features of Dragon Home with some additional customizations intended to make life easier for the typical professional.

Dragon Professional makes it easier to create custom words and phrases consisting of proper names or unusual industry terminology. Both of these might be used unusually frequently in a user’s line of work.

There is also custom functionality to make it easier to work on multiple kinds of devices, like PC touchscreens, smartphones and tablets.

Benefits – Do you find yourself repeatedly using the same text and graphics? Use custom voice phrases to have Dragon Professional include them instead. The Professional edition allows you to leave your work at your desktop PC and pick it up again on another device using the Anywhere functionality.

Documentation – Apart from memorizing words and phrases, it is possible to set smart format rules to implement abbreviations, contact details or dates based on corporate styling schemes. Text can be highlighted, underlined or set bold or in different sizes by voice. It works within common business applications.

Verdict – In some ways, though, Professional is the app without a home in the Dragon software portfolio. Dragon Home is ideal for home users. Legal is custom-built for lawyers and legal professionals. Nuance also has solutions for law enforcement, financial services professionals, and medical professionals.

This makes one wonder why anyone would choose a generic “Professional” version when there is likely an industry-specific version with a fuller feature-set? Well, Dragon Professional is suitable for businesses, freelancers and even ambitious home users who want to settle between Home and Legal, and do not need specific vocabulary but require solid documentation functionality.

Dragon Legal is a specific version of Professional and designed for anyone in the legal industry. The Legal edition comes preloaded with hundreds of legal terms and words, obviating the need to train the software in the use of those terms.

It has the same features as Dragon Professional, including custom voice commands, names and terminology as well as Dragon Anywhere functionality. These features are very useful in the legal realm, which relies heavily on boilerplate contracting language and precedent documentation.

Benefits – Legal comes with the ability to dictate and pre-record a string of text, or conduct an interview, and transcribe it using the tool at a later time. For lawyers in remote locations who are required to perform their interviews of witnesses outside of more formal deposition environments, this feature could be worth the $500 cost alone.

Who for? – Dragon Legal may be most useful for small and mid-sized firms in the private sector. Governmental organizations (including the courts) frequently have access to proprietary methods of dictation and transcription, while large firms can often afford to hire full-time transcriptionists. If you find yourself at one of the small or medium-sized firms and are without a transcription or dictation solution, this Dragon software may be an appropriate tool to use.

Good to know – Similar to the legal issues that may arise for professionals using Dragon Anywhere (discussed below), Dragon Legal may raise some problems for lawyers. Regulations surrounding solicitor-client privilege and confidentiality are notoriously stringent. Lawyers and those who work with them will need to pay close attention to the storage and security of the files created by Dragon Legal. Privacy and data security will be paramount considerations for legal professionals here.

Dragon Anywhere is the cloud-based version of Dragon’s speech- and voice-recognition technology. It is designed to be compatible, and sync with, several different cloud-based notetaking and file storage apps (like Evernote and Dropbox).

Effectively, Anywhere is a solution for anyone who requires Dragon software functionality away from their desks or laptops. The app works on Android and Apple phones, tablets, and allows for seamless cross-functionality between mobile devices and desktop or laptop computers.

Benefits – The app will enable you to share your work with colleagues and other people, making it a possible solution for teams of more than one person. Unlike some other software, Dragon Anywhere also imposes no word or time limits. You can speak for as long as you wish, and the program will continue to convert the words to text.

Good to know – Dragon Anywhere’s cloud-based technology may pose some legal difficulties for specific users, though. It’s integration with external servers, devices, and even users may run afoul of best practices or regulations concerning confidentiality and data security in some fields, particularly law-related ones.

Therefore, users in professional settings who frequently handle confidential information will want to peruse their organization’s privacy policies before using these features.

There is only one feature that takes top billing in speech-recognition tools, and that is, obviously, its ability to recognize and translate voice to text.

Here, Dragon software does not disappoint. All of the downsides of the product (its tendency to devour a computer’s resources) are byproducts of the software’s ability to accurately, quickly, and adaptively take dictation. Dragon software understands a wide variety of speech well and converts it to text accurately.

It has other admirable features as well, namely:

Downsides – The major drawback to Dragon software is that, for many people, it will be a solution in search of a problem. In other words, if you are a reasonably competent typist, dictation will not be your bag. I am a full-time writer, and I have yet to see the need for such tools, despite spending eight hours per day at a keyboard.

Voice vs typing – That may be an unfair criticism though, given that many people are not reasonably good typists. For them, this product could be a godsend. Alternatively, typing programs offer a good opportunity to help speed up pace and accuracy and to reduce the time needed for editing, hence, getting the best of both worlds.

Lucian
Welcome to zopbuy.com, we compare the top products in thousands of categories to give you the most reliable purchasing advice. Our goal is to make it easy for you to pick the best product and be confident in your decision. 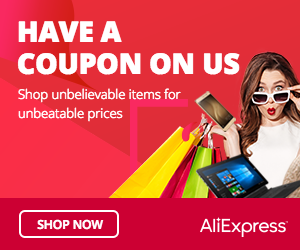 The 5 Best Cheap Vacuum Cleaners of 2021

Zopbuy is the site to turn to when you’re about to buy something. We compare and suggest the top products in thousands of categories to give you the most reliable purchasing advice. Our goal is to make it easy for you to pick the best product and be confident in your decision.

Disclaimer: If you click a merchant link and buy a product or service on their website, we may earn the commission by the merchant. The display of third-party trademarks and trade names on this site does not necessarily indicate any affiliation or endorsement of zopbuy.com