Kaspersky Anti-Virus review: is it safe to use?

Kaspersky Anti-Virus has enjoyed two decades of robust competition in the cybersecurity space. And despite some setbacks, it still consistently ranks among the best malware cures on the market. I like that Kaspersky is not only really lightweight and user-friendly, but also manages to offer great protection from various online threats.

So where is this veteran service today? Can Kaspersky antivirus be trusted? Is it any good? What features does it offer and for how much? Read my Kaspersky Antivirus Review to find out.

Kaspersky has successfully made it to our list of the Best antivirus software in 2021. As with any paid service, the actual set of available features will heavily depend on the pricing plan you’ll pick up. This means that it could range from basic virus and malware protection to an extensive suite with many additional tools.

There’s also the question of the maximum number of devices that you can install the software on. So, suppose you have a large family or use multiple devices. In that case, this should be among your considerations when choosing your subscription plan. 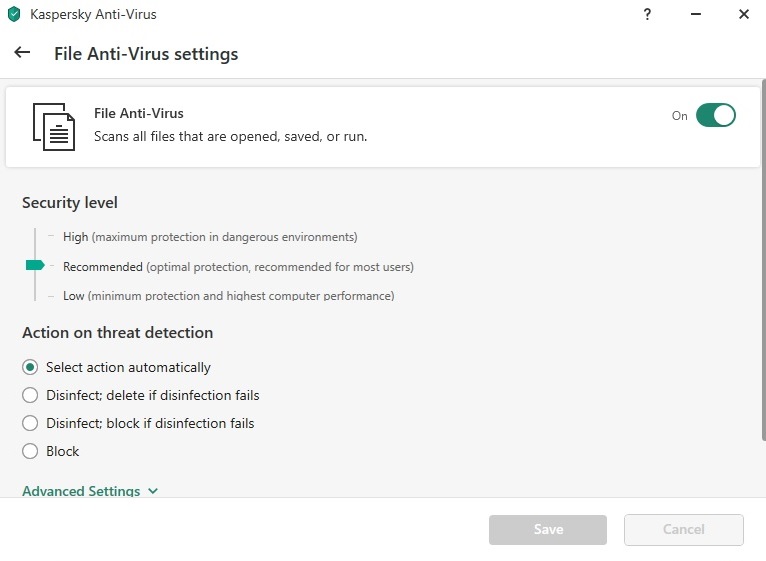 Kaspersky’s malware scanner has been tested as recently as fall of 2020 by major testing labs. It performed extremely well, capturing 100% of zero-day malware and 100% of widespread malware, with fewer false positives than closest competitor Norton.

SE Labs in London confirmed that this 100% record resulted from blocking the malware from being installed, rather than dismantling it once it had been installed. Only Trend Micro had a similarly perfect record, while top products like Norton and Microsoft allowed a few pieces of malware to be installed before neutralizing them.

Note that Kaspersky malware protection only applies to threats to Windows, which is why the base level of Kaspersky Anti-Virus only offers protection to computers running Windows.

A premium feature of Kaspersky Internet Security and Kaspersky Total Security, Safe Money makes it easy to protect your identity and secure sensitive information when making an online payment.

It does this by launching a separate web browser for the transactions to take place. This browser is more secure than your average browser. It automatically checks the payment page against Kaspersky’s constantly-updated “trusted site” list.

Safe Money also checks the security of your connection and scans your PC environment for threats that could imperil the transaction.

Many users buy online with barely a second thought, but payment transactions on popular web browsers do get targeted for cybercrime. Sending money over a secured browser like Kaspersky Safe Money is not unreasonably paranoid. 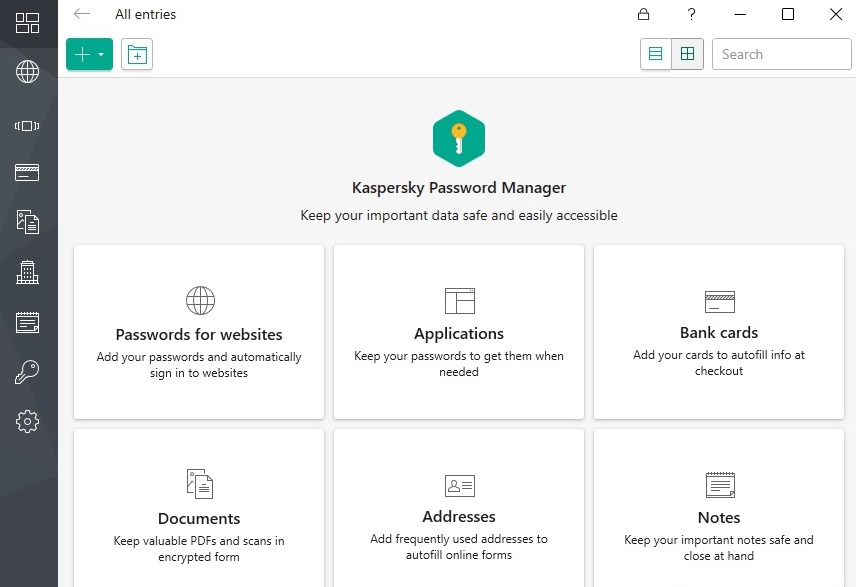 Kaspersky Total Security, the highest-priced plan, includes the full version of Kaspersky Password manager, allowing you to store unlimited passwords and vaults behind a master password.

Most internet users have many password-protected accounts, and internet security specialists recommend using a different gibberish password for every account. Since most people can’t memorize that many random strings of characters, password managers are an increasingly essential component of web browsing.

Kaspersky has developed a browser extension for Google Chrome, Microsoft Edge, and Mozilla Firefox. When you install the browser extension and activate it with your master password, you can autofill passwords from your vault whenever you visit the relevant site on that browser.

A premium feature of Kaspersky Internet Security and Kaspersky Total Security, Privacy Protection guards your browsing activities in a number of ways.

By default, Privacy Protection alerts you of attempts to collect your data—the way Facebook creepily knows what you have in your cart on Amazon and markets it to you, for example. The feature can also be armed to block data collection if you prefer to browse privately and not have your browsing history harvested for marketing.

Privacy Protection includes an intelligent ad blocker that doesn’t block ads when doing so would disable the website, as is the case with many banner ads.

A feature of the highest-priced plan Kaspersky Total Security, the premium version of Kaspersky Safe Kids includes a GPS monitor to track the location of your kids’ smartphones. On the devices themselves, it blocks inappropriate content, text and call screening, social-network monitoring, YouTube blocking, YouTube search alerts, and app usage controls.

Safe Kids was not designed for iOS and doesn’t work as well on an iOS device as it does on Android. 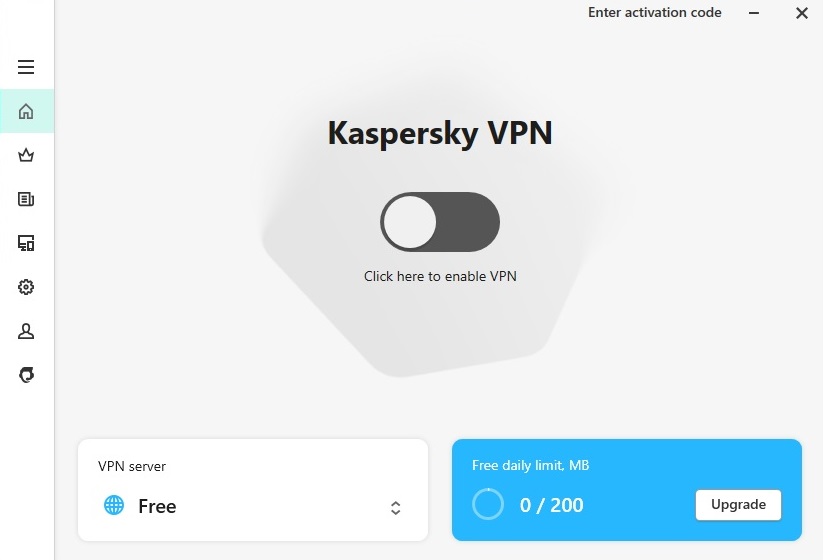 A premium feature of Kaspersky Internet Security and Kaspersky Total Security, Kaspersky Secure Connection VPN is easy to use and adequate as a basic VPN. Powered by Hotspot Shield, it offers a smaller range of locations compared to more competitive virtual private networks.

Available for Windows, macOS, or Android, Kaspersky Internet Security has an annual base price of $39.99 for up to three devices, $79.99 for two years, and $119.99 for three years.

Ease of use and setup

Kaspersky Anti-Virus is easy to install. Once you select and purchase your plan, a download link gives you access to the installer file. It walks you through a total of four screens. You have the option to participate in the Kaspersky Security Network (KSN) and the option to install recommended settings. 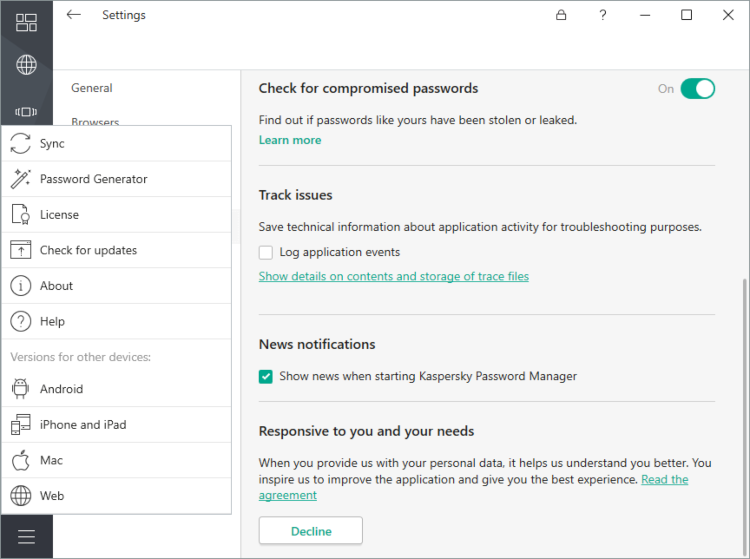 Once installed, Kaspersky offers an intuitive, visually-appealing control panel with available features laid out as convenient tiles. Most features are available with one click, but if a feature is not available with your plan, you may be prompted to upgrade. A gear icon in the bottom left allows you to access settings. 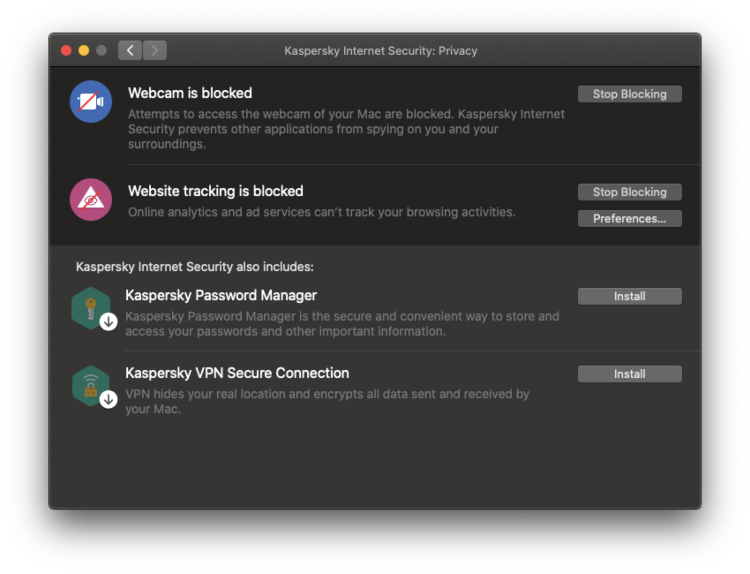 Although the offered feature set is undoubtedly smaller on the macOS version, the service does bring additional value. You can perform system-wide scans, disable your webcam, block ads, and intrusive scripts. There are some extra additions to increase your overall online security like VPN, and Password Manager. If you were wondering, this doesn’t include parental controls, as the app doesn’t seem to be working on Mac.

During our tests, we noticed, that the broken parental controls app wasn’t the only issue. The installation itself proved to be a challenge in itself. After running the app, I got an error that some protection components aren’t running. However, after reinstalling the app, and the fix from their support page did nothing. It wasn’t possible to ask the community for help either as there was no code or indication of which component failed to install. 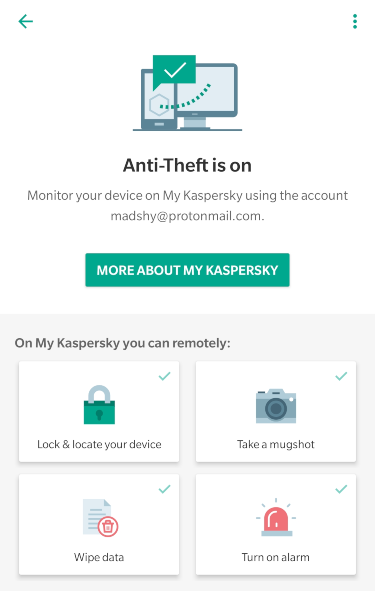 Mobile users, instead of one app that has all the features get three separate apps on all platforms. iOS users get Kaspersky Security Cloud (which useful only for data leak checks and malicious URLs block), Secure VPN & Proxy, and Password Manager. System-wide antivirus scans are irrelevant for iOS users, so it’s not really a problem.

Android follows the same clunky model and consists of Kaspersky Security Cloud, Kaspersky Internet Security, and Kaspersky Password Manager. So, you’ll have to combine all of these apps to make a comparable desktop experience. That said, with them, you can check your Android settings for vulnerabilities, view the devices on your network, check if your credentials have been leaked, scan for viruses, and enable real-time protection. Some functions are more tailored to phones, such as blacklisting phone numbers, checking SMS messages for malicious links, locking certain apps, and anti-theft features.

Overall, Android’s version comes off as full of features. It’s quite an easy recommendation if you’re looking for an antivirus for your phone.

Kaspersky’s support center can be found at support.kaspersky.com. The page features a knowledge base with a search bar and tile navigation. Once you select products for “Personal” or “Business,” it takes you to a selection between a documentation center, a FAQ, and the knowledge base. Scroll down, and you will find “useful links,” including product support and security tips.

At the bottom, you have the option to check “Yes” or “No” as to whether or not the information was helpful. If you check “No,” it takes you to a feedback form… but not a contact form.

To contact Kaspersky, you can select the FAQ and scroll to the bottom of the page. It includes a link to create a request through “My Kaspersky,” as well as a link to technical support. Here, at last, we find our tech support contact avenues, including an email form and a support phone line.

Is Kaspersky Antivirus safe to use?

Kaspersky Antivirus is a really safe application from a security standpoint. It offers admirable protection from viruses, malware, and ransomware, protecting your devices as well or better than its top competitors. It also causes little impact on memory and system performance and offers lots of useful features.

All in all, it’s a good solution for those who are looking for simplicity, ease of use, and a couple of extra features to make their online experience safer than ever. However, keep in mind that its price is on the higher end of the spectrum.

Also, the taint of Russian espionage allegations remains, as do the bans by the US government, Twitter, and Best Buy. Kaspersky has been proactive in its attempts to rehabilitate its reputation… but when an internet security company is accused of being an avenue for espionage, proceed with caution.

Bitdefender may not be as well-known as some of the market veterans, but experts love it – and with good...
Read

Tubedigger Review – It is a common practice for most of us to download videos on the internet and save it...
Read 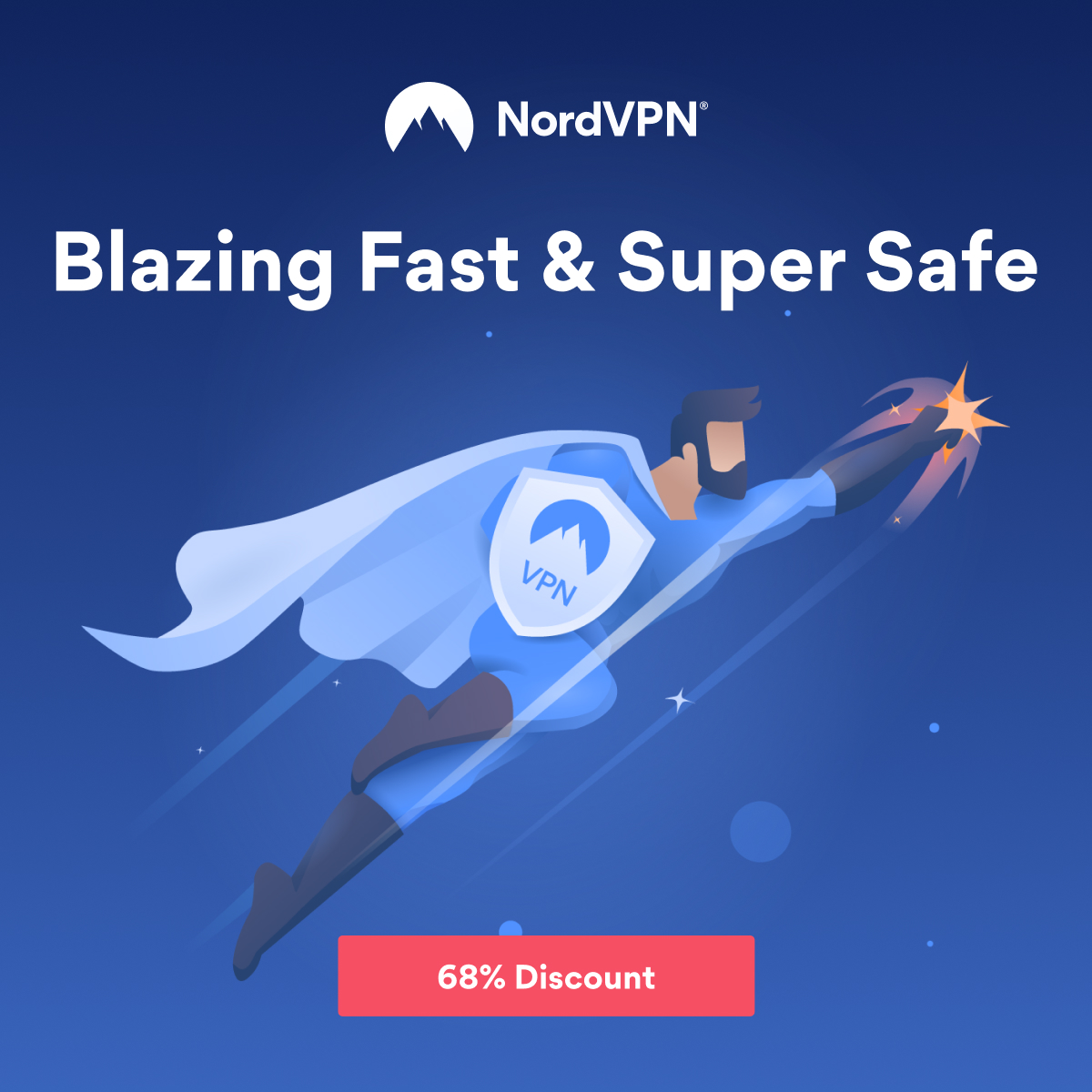 Bitdefender may not be as well-known as some of the market veterans, but experts love it – and with good reason.This Romanian tool is...

Tubedigger Review – It is a common practice for most of us to download videos on the internet and save it in our PC so...

Want to stay up to date with the latest news?

We would love to hear from you! Please fill in your details and we will stay in touch. It's that simple!

Bitdefender may not be as well-known as some of the market veterans, but experts love it – and with good reason.This Romanian tool is...

Tubedigger Review – It is a common practice for most of us to download videos on the internet and save it in our PC so...

AVG Antivirus Review: Can it Protect your PC?

AVG Antivirus is a decent antimalware solution. It offers unique features like a phone tracker, scores high in malware detection tests, and even protects you...

Having a VPN can be especially beneficial to internet marketers especially if you’re taking SEO very seriously.NordVPN is one of the most respected VPN...